Northwestern Medicine scientists have developed a novel method of tracking HIV infection, allowing the behavior of individual virions -- infectious particles -- to be connected to infectivity.

The findings could help lead to the development of novel therapies for HIV prevention and treatment by providing a deeper understanding of the mechanisms of HIV's lifecycle.

The paper was published August 7 in Proceedings of the National Academy of Sciences.

It has become routine to visualize the movement and progression of individual virions in cells, but the relevance of these observations was previously unclear, as many virions are defective or do not progress to make further copies of themselves.

"This approach -- and the ability to say 'that virion infected that cell' -- will help bring clarity to the field," said principal investigator Thomas Hope, a professor of cell and molecular biology at Northwestern University Feinberg School of Medicine. "It allows us to understand what the virus really needs to do to infect a cell. It gives us new details, like where in the cell it happens and the timing of specific events. The more we know about the virus, the better our chances are to stop it."

During the course of infection, HIV fuses onto a target immune cell and delivers its capsid -- a cone that holds the genetic material of the virus -- into the cell's cytoplasm. From there, the capsid disassembles through a process called "uncoating," which is crucial to the synthesis of viral DNA from its RNA genome and the hijacking of the cell's functions.

In part, the uncertainty persisted because previous methods in HIV research have been unable to distinguish between viral particles that actually lead to infection of the cell, and those that are irrelevant.

In the current study, the team of scientists used a novel live-cell fluorescent imaging system that allowed them for the first time to identify individual particles associated with infection.

In this case, they utilized the approach to monitor how the HIV capsid uncoats in the cell at the individual particle level. They demonstrated that uncoating leading to infection occurs early in the cytoplasm, around 30 minutes after cell fusion.

The finding is just one example of novel discoveries about HIV that might now be possible with the imaging system.

"Being able to connect infectivity of individual particles and how they behave in the cell to infection -- which is what we really care about -- is going to have a big impact on the field," Hope said. "The system can now be used to resolve other controversies in HIV biology and to determine which potential targets for drug development are most relevant."

The study has implications in the wider field of virology research as well.

"Theoretically, you could apply this technique to the study of any fluorescently-tagged virus," explained first author João Mamede, a post-doctoral fellow in Hope's laboratory.

In future projects, Hope's research team plans to continue to leverage the method to study infection in later stages of the HIV lifecycle.

"We want to understand all the details, from when the virus fuses, to the point where it integrates and starts to make new viruses, to the last phase," explained Hope, also a professor of Obstetrics and Gynecology and of the McCormick School of Engineering. "We need to understand what's going on, so we can find the Achilles' heel of the virus and use it as a drug target."

Tags:
HIV
About the author 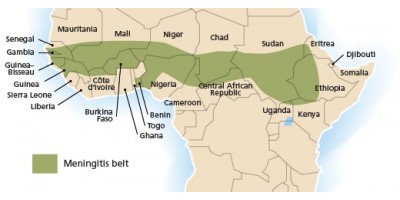 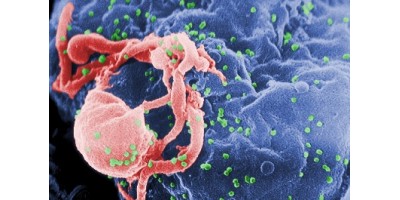 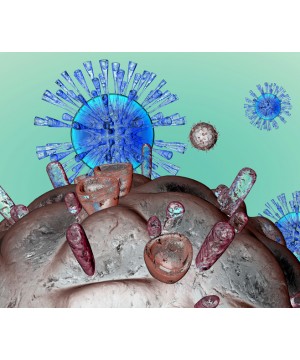